Water hammering is a huge and prevalent problem being faced especially in high-raised buildings. This phenomenon occurs when the flow of water is suddenly obstructed by a quick closing valve/fitting, causing a back-flow that collides with incoming water flow causing heavy surges almost 3-5 times higher than supply pressure to bang against the walls of the pipe damaging fittings along the way until the surge loses its energy and dies down. This is a highly destructive and loud phenomenon that impact negatively a water supply system, unless corrected by using Water Hammer Arresters.
Falling prey to the above was a renowned builder in Mumbai having a 35 Storey building at Goregaon. At every pump cycle operation, they would face heavy and loud hammering in the line (about 100 dB – that’s almost as loud as a gunshot) which was getting increasingly difficult to cope with. Understandably enough, the occupiers of the building grew frustrated and unhappy leading the builder to seek the consultant’s help, who in turn recommended involving us (Lehry Valves) to pitch in to finding a solution.

This building utilizes for their flushing & plumbing system – submersible pumps 1 working + 1 standby pumps to cater to the over tanks with a head of approximately 214 Meters. During normal operations once the overhead tank is full, the float switch installed in the tank sends a signal through wires to the fixed-speed pump to switch off. It is during this time when the hammering surges and peaks causing their issue.

Initially, as recommended by the consultant, the y had decided to install a non-return valve (Ball type Check Valve – Fig 1) in the line to avoid the noise & hammering. However even after installing the non-return valve in the line the issue remained persistent and led to the valve giving into the pressure and eventually breaking. 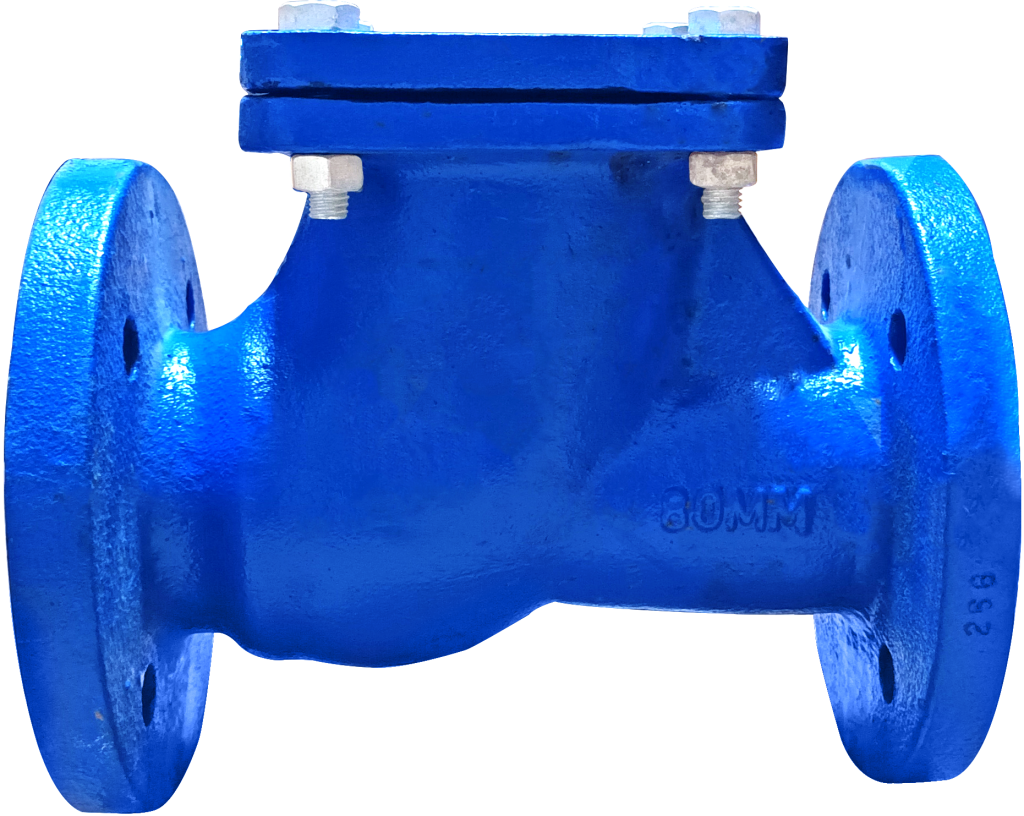 Lehry insisted a check valve with spring return function be used (in this case, a dual plate check valve – Fig 2) as these NRVs lessen the effect of hammering due to slow closing – but the larger hammering issue remained prevalent and unsolved. 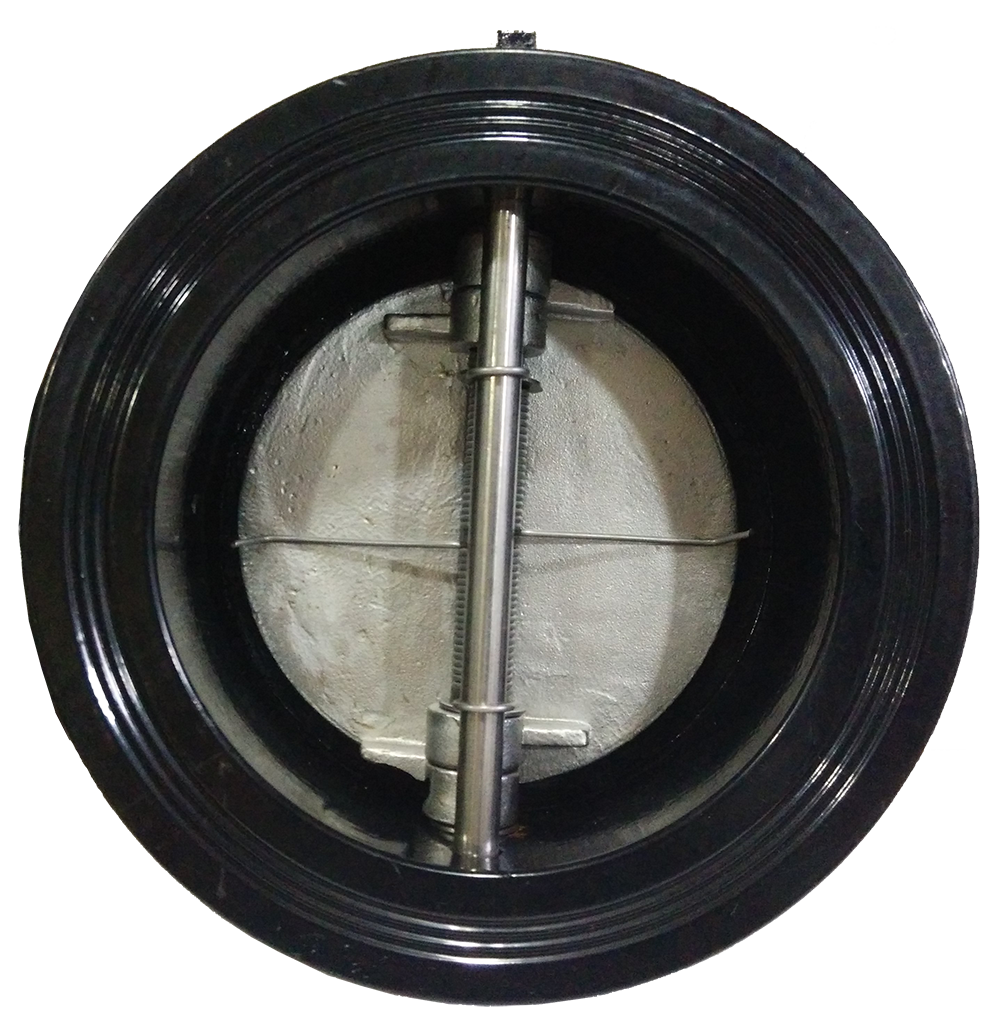 After taking inputs from the client and consultant post combined discussions, a Lehry Water doc (from the Engineering & services Team) visited the site and observed the plumbing systems installed at the site and gathered red some additional data. Post analysis, we had come to the conclusion that a pressure relief cum surge arrester had to be installed in place of a non-return valve.
Our engineering team quickly propped up an advanced version of a Water Hammer Arrester, by just making use of the basic principle and tweaking heavily – our Automatic Control Valve to perform just like a heavy surge arrester.

Here’s what a normal Automatic Control Valve looks like; 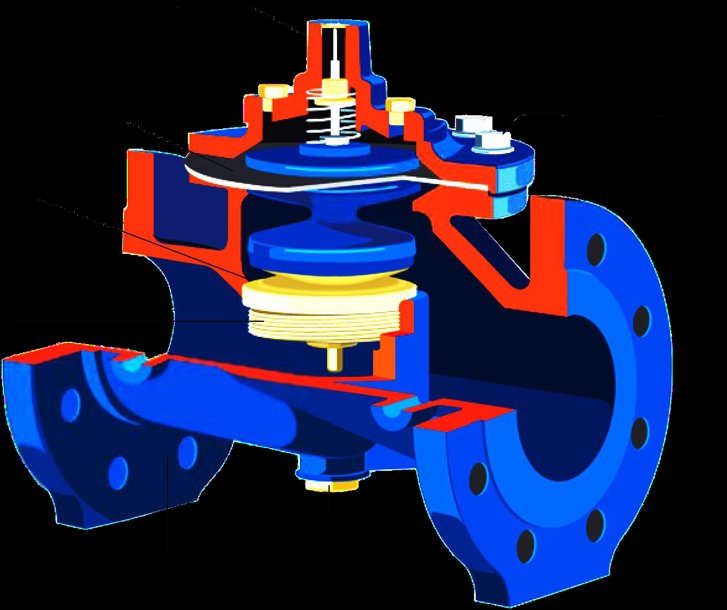 Here’s what our engineering team made; 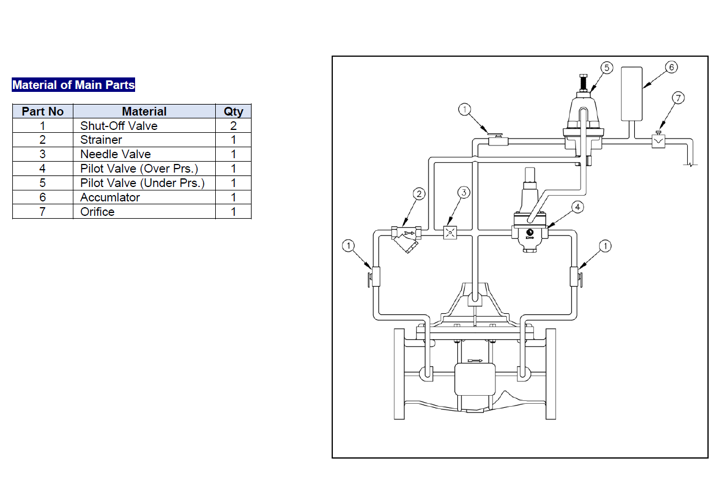 • It was difficult to remove the NRV which was installed initially from the line since the pipe was welded to the supporting bracket to prevent the movement of the pipe.
• During the installation the flat tenants were surprised to see the installation of a bizarre-looking product, however, after installation, they were satisfied and happy with the solution.
• Due to space constraints, we faced difficulties to find the appropriate location for the installation.
The work was completed in 2 days and handed over to the client after which they decided to keep the system under observation for a week 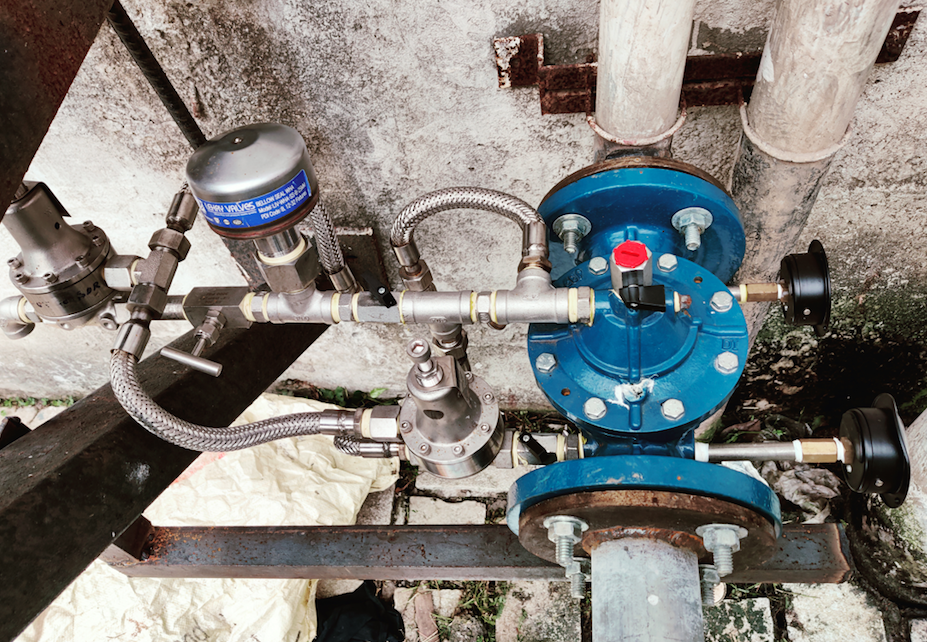 Post observations, the client has given feedback that the noise & hammering has completely vanished based on the applied solution and product working. With this confidence boost, we have asked to deploy the same solution in an adjacent tower, facing a similar problem.